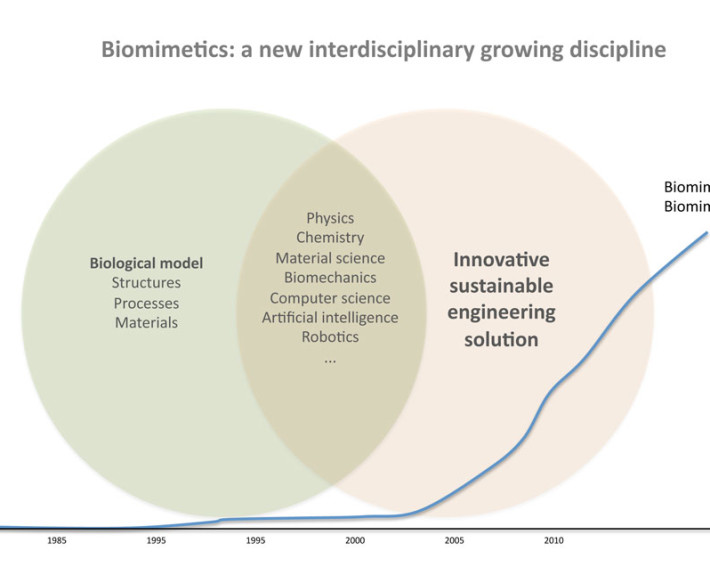 After millions of years of Darwinian evolution, natural organisms have evolved in a continuous struggle for survival, and represent optimal responses to their environment. For this reason, Nature has evolved many solutions of the problems we are grappling with: energy, climate control, non-toxic chemistry, transportation, packaging, and many more.
Nature inspired human achievement and has led to effective algorithms, methods, materials, processes, structures, tools, mechanisms, and systems. There are numerous examples of biomimetic successes including some that are simple copies of nature, such as the use of fins for swimming. Other examples were inspired by biological principles with greater complexity: flying became possible only after the principles of aerodynamics were better understood.
Substantial benefits of biomimetics include the development of prosthetics arms as well as sensory-enhancing devices that are being used to assist in hearing, seeing, and controlling instruments.
Given the potentiality of this new realm of study, biomimetics is attracting a growing number of scientists all over.

This innovative approach introduces an entirely new branch of interdisciplinary research that can contribute not only to technology but also to evoke in people the importance of conserving the biodiversity on Earth that has so much yet to teach us. As biomimetics is attracting the interest of a growing number of scientists and researchers worldwide, LINV is focusing on the biomimicry of the Plant Kingdome: Plants represents an amazing source of inspiration for designing and developing smart solutions in different fields. Mimicking plants requires deep investigation of new materials, mechanisms, sensors, actuators, and control schemes and can lead to breakthrough advances of technologies.

LINV is working on different projects together with the Center for Micro-BioRobotics IIT@SSSA, and the Advanced Concepts Team of the European Space Agency.

LINV projects:
• SeedDriller: Erodium cicutarium is a worldwide-distributed flowering plant with a unique mechanism of seeds dispersion. Seeds can move thanks to its hygroscopically-active tail that allows the seed ‘to drill itself’ into the soil. The aim of the research is to investigate the self-burial performances of the seeds and to understand its mechanism to evaluate the possibility of a biomimetic transfer of its strategies, focusing on space exploration.
• PLANTOID: Plantoid is an European FP7 (Seventh Framework Program) research project.
The Plantoid project aims at designing, prototyping, and validating a new generation of ICT hardware and software technologies inspired from plant roots, called PLANTOID, endowed with distributed sensing, actuation, and intelligence for tasks of environmental exploration and monitoring. PLANTOID take inspiration from, and aim at reproducing, the amazing penetration, exploration, and adaptation capabilities of plant roots. PLANTOID has two major goals: 1) to abstract and synthesize with robotic artefacts the principles that enable plant roots to effectively and efficiently explore and adapt to underground environments; 2) to formulate scientifically testable hypotheses and models of some unknown aspects of plant roots, such as the role of local communication among root apices during adaptive growth and the combination of rich sensory information to produce collective decisions.
The main contribute of LINV is improve knowledge of roots behaviour, especially about penetration and steering in the soil, hydrotropism, gravitropism, thigmotropism and monitoring functions and chemotropism. LINV research should advance the state of the art in intelligent systems and in particular in robotics and ICT, as well as in other disciplines, such as biology and agronomy. 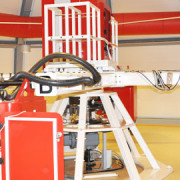 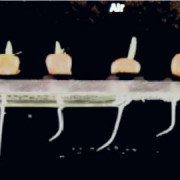