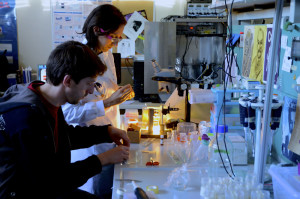 A repeatable and non-destructive method to study the behavior and the properties of cell membranes is Electrical Impedance Spectroscopy (EIS). It is a diagnostic method based on the study of the passive electrical properties (determined by the observation of the tissue electrical response to the injection of external electrical energy) of a material (Azzarello et al., 2006).

When an AC is applied to a cell, its membranes act as capacitors due to their capacitive reactive elements. Cell membranes have high impedance at low frequencies, while the impedance decreases with increasing frequency. Accordingly, the current flows in the apoplastic space, where ions are the main current carriers, which determine the total impedance.

The symplastic space becomes conductive and at high frequencies the symplastic and apoplastic resistance form a parallel circuitry. The impedance and phase angles of materials can be measured by a multiple frequency impedance analyser (impedance meter) that is able to scan each sample at different frequencies. The data obtained from EIS are commonly analyzed by fitting them to an equivalent circuit model, composed by resistors and capacitors.

The applications of electrical impedance measurement in plant tissues are numerous. In fact, this technique can be used to determine physiological conditions of plant tissues, particularly in relation to cold acclimation, freezing injury, dormancy induction, nutritional deficiency and heat injury. Electrical impedance measurements provided a means of non-destructively analyzing variation in intra- and extracellular resistances and in the condition of the membranes. 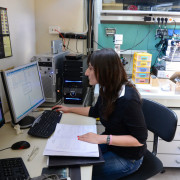 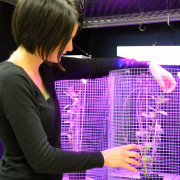