• Seawater farming – The jellyfish barge: it’s a floating module for cultivation of vegetables, able to generate freshwater through solar distillation.
The increase of the demand and the decrease of the availability of fresh water in the next few years is a reality, and together with the decrease of arable land due to climate changes will be one of the may issues to be faced in the coming decades. At present agriculture uses more than 70% of the world’s freshwater resources and lack of freshwater is a constraint to producing food for a large part of the world. By 2050 the world’s population is expected to increase 40% and the demand for food to double. Intensive agriculture impact and resulting loss of biodiversity can be lessened also with the use of new models of agriculture, more local, environmentally keen and socially just.

The vessel is built with recycled materials and low cost technologies. The fresh water produced by distillation irrigates the crops on board. The Jellyfish Barge can be used both in the sea and in fouled rivers affected by metal and organic pollution. Jellyfish Barge is a nomadic agriculture ecosystem. It adapts to different environments and contributes to improve damaged conditions, as it may be applied to any environment: rural, suburban, or urban.

The Jelly Fish Barge attracted the attention of Regione Toscana and Ente Cassa di Risparmio, which are supporting LINV to the development of the prototype. 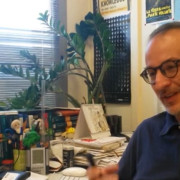 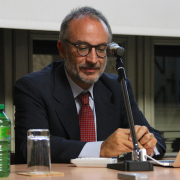